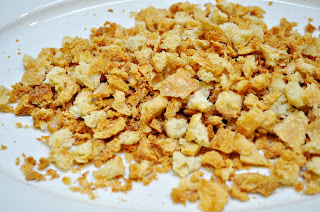 Read how to leave a trail of breadcrumbs so the revelation in your story makes sense!

All good storytelling is predicated on one thing, trust. The reader must trust that the characters are, at all times, acting in accordance with their individual motivations. The reader must also trust that the author is telling the story in a particular way for good reason. Nobody likes to be messed about, or made to feel stupid for not spotting sudden shifts in character behaviour.

The best way to ensure that any revelations in the story are met with trust, is to sow the seeds of the revelation throughout the novel, or, to use a Hansel and Gretel analogy, leave a trail of breadcrumbs. I prefer the analogy of the breadcrumbs as it necessarily facilitates the idea of retracing the steps of the characters. When the revelation is produced it should be possible to trace the story back and find small signs that, with further examination, may show that the story, or a particular character, was always heading in that direction.

Subtlety is of course key to this, which is why Hansel and Gretel didn't leave whole loaves of bread in a trail to the witches house... subtlety and a lack of resources presumably, something that can't be said of an author's lexicon! Each individual breadcrumb on its own may appear insignificant, a throwaway remark here, a casual glance there, but combine them all together and the shocking revelation, or loaf of bread, is revealed.

It's not just huge revelations that should be treated in this way, arguably all life-changing decisions such as a character quitting their job, moving house, emigrating or starting a relationship with someone should all be given the breadcrumb treatment. There's nothing worse than a character hating another throughout a novel only to fall in love with them at the end. Yes there's a fine line between love and hate but that fine line must be examined throughout if we're to believe the result.

Writing a novel is a fluid process, rarely does the plan, however fleshed out, resemble the finished work. It's as important when editing to think about the breadcrumbs, ask friends and proofers to highlight passages where their trust or belief is starting to wain. Once you've reached a consensus on these passages it's surprisingly easy to go back and tweak a few actions and dialogues to hint at what's to come without giving it away.

So use your loaf and be aware of breadcrumbs!