Article - The Pros and Cons of Prologues 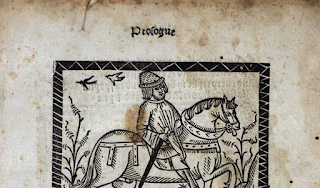 Let me start with a quick statistic to get my main point across. Around 30% of the books I've read from established authors had a prologue, compared to around 70% of books from Indie and self-published authors. I've waded through an overabundance of prologues, some good, some bad, some enlightening, some wholly unnecessary. I'm not a huge fan of prologues regardless, but they're particularly intrusive when they don't need to be there.

So when should you use a prologue? The easiest answer is if your story jumps straight into the action, in a way that might initially confuse the reader. Unless you include an exploratory scene in the first chapter, you may wish to utilise a prologue to give the reader just a glimpse of who the characters are and the locations you refer to. It's not always necessary though, as sometimes it can be a deliberate ploy to initially overwhelm and confuse the reader slightly.

The other main reason to use a prologue, is when you want to refer to an event that takes place well in advance of the rest of the novel. Perhaps a childhood event, or the ending of a relationship the previous year, presuming the ex-partner then crops up later in the novel. Also it may be worth using a prologue if you start in a location that's distant or unfamiliar from the rest of the novel. Finally it can be a useful device if you want to write in the first or second person as someone other than the regular narrator of the story. So for example a prologue written from the perspective of a killer, with Chapter One starting with a detective waking up and heading into the office.

You should avoid using prologues when you could easily just remove the word prologue and make it Chapter One. You'll know whether there's a certain flow if you do this, and sometimes it's even worth forcing it just to fit as part of Chapter One. I read a book recently where there was no obvious shift in time, place or character between the prologue and Chapter One.

It's worth realising that some readers just dislike prologues, some may even skip them altogether and start at Chapter One, particularly if the prologue is long. As such you really ought to think long and hard about whether you really need one. If you write it as an optional slice of back story, at least those who skip it won't miss anything integral to the plot, it will just reward those patient enough to read it.

Finally a word of caution on prologues that are a flash forward to events much later in the novel. Just be careful not to repeat yourself when you eventually overlap the timeline. Your task here is to make it obvious to the reader that they are now 'caught up' without having to explicitly say so, or rehash the prologue text all over again.

Personally, I'll never be a fan of the prologue. I always prefer a novel just to start and fill in some gaps in my understanding as it moves along. A prologue always risks ruining events planned for the novel, or revealing too much too soon about a character. Ambiguity is a powerful weapon in storytelling, so don't be afraid to let the reader come to their own conclusions about certain events and behaviour.