Blog - When To Press Delete 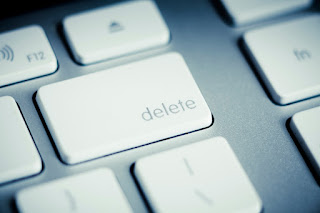 I'm recycling one of my my favourite pearls of wisdom about writing. It's something I first came across on the DVD commentary provided by Joss Whedon on the episode of Angel titled 'Waiting in the Wings'. It's a staple of his speaking engagements, and rightly so, but here it is reproduced from a talk about screenwriting on impossible.com. Full talk can be found here.

"The only piece of advice I was really given about writing - that mattered - was that when you are writing something and it is not working and has not been working for some time, take your favourites, the best of them, the scene is like the reason that you're writing the thing, the absolute best favourite thing and remove it... It changes the flow of things completely. You sort of, you stop making a whole bunch of assumptions, it's a way to be a new person, you know with a new perspective, it just unplugs it if you go, 'Oh what if it didn't have the thing, that I think it needs the most?' And very often it stays out.

The reason this concept speak to me so clearly is that we're all guilty of it. Sometimes we're overexcited about writing a particular scene, we give too much away, it's too 'on the nose'. Sometimes we rush ahead to it because it's the scene we're most looking forward to, resulting in us neglecting the scenes beforehand or leading up to it chronologically. The additional point Joss makes about the blue light bulb, although this is very directorial in nature, is a lesson about allowing your wider writing to reflect the tone of that important scene, to bask in it. Then you may not need to include it after all.