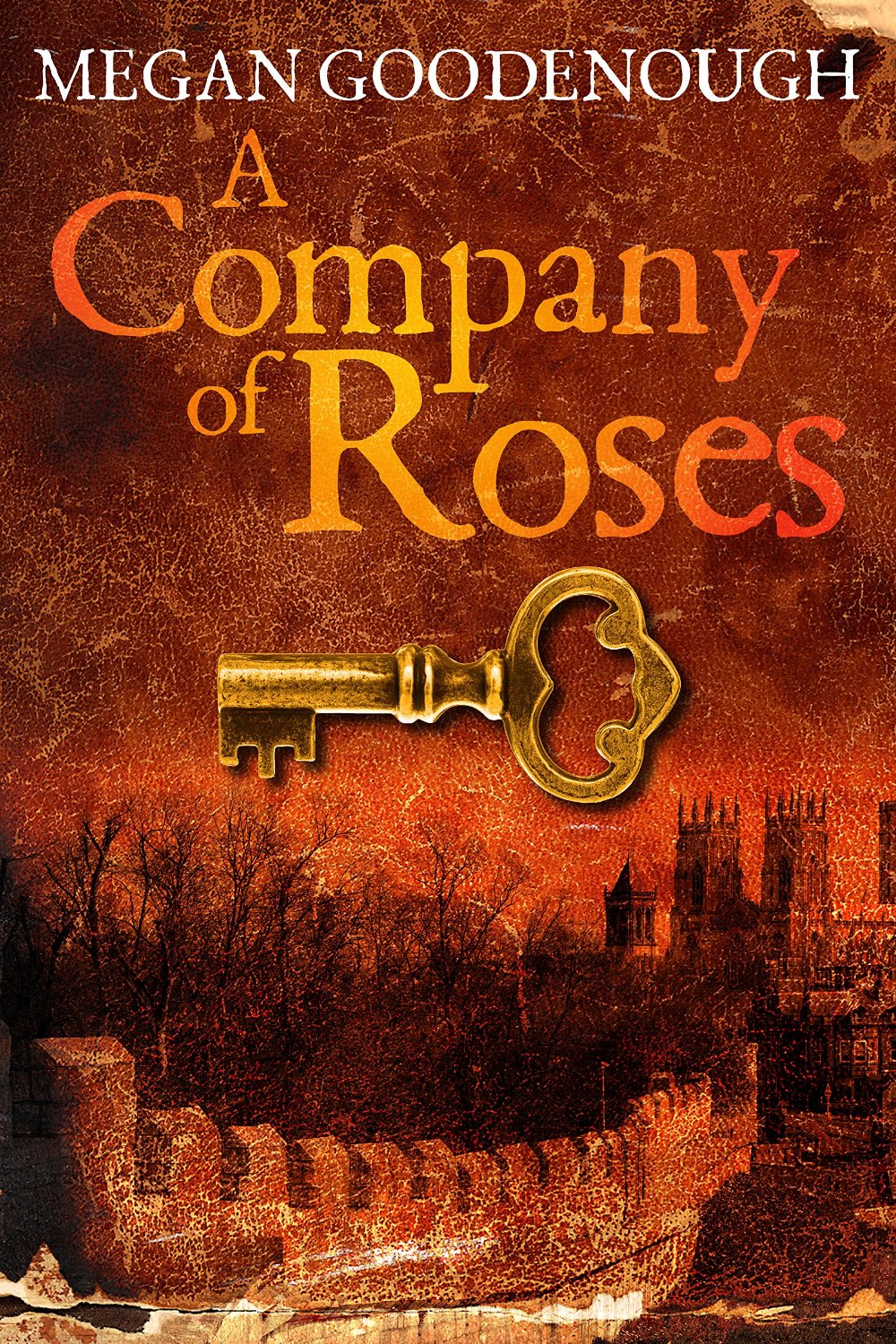 The debut novel from Meg Goodenough, A Company of Roses is a mystery thriller set very much in the modern day, but with a historical bent. The story starts with two women in their early twenties on a night out, followed by the disappearance of one, Lacey, and a set of cryptic clues in a letter left behind for the other, Cas. A variety of interested third parties quickly present themselves and Cas must decide quickly who to trust in her hunt for Lacey. The search takes Cas from Brighton, to York and London, deciphering clues and evading armed criminals, whilst learning more about her own ancestry and connection to the mystery.

The underlying mystery element of the book is extremely interesting, a clandestine washerwoman's guild, clues hidden in paintings and old documents, a key split into two parts so that no one descendant can access and thus reveal the secret, it's all there. The action moves pretty swiftly once it gets going, after a couple of false starts, and soon Cas has reluctantly teamed up with Reuben, an insurance investigator, or so he claims.

The relationship between Cas and Rebuen gets a little lost in the action, neither of them are particularly memorable characters with clear, identifiable traits. Cas can be found cowering one minute and fending off armed intruders the next, Reuben goes from being James Bond one minute to suffering panic attacks and staring out of windows at the rain moments later. Their interactions are even more unusual, while attempting to create a strong female lead the work is undone when she swoons at her hunky and suave protectorate in his Aston Martin.

There's not a great deal of sense of location either, I'm familiar with Brighton, London and York and yet I didn't really recognise any of them from the descriptions in the book. The odd nod to cobbled streets and The Lanes, but nothing of the ambience, the people, the varying dialects. Things get really strange geographically at times too, finding a brochure for a cave in the peak district in the lobby of a hotel in York.

When the mystery unravels towards the end I couldn't help but feel a little unsatisfied, it's a bit of a damp squib. After so many cryptic clues, so much action to avoid gun-toting and knife-wielding third parties, I'd have been pretty unhappy with the meaningless result. I guess sometimes it's about the journey and not the destination, but that would be easier to digest if Cas had somehow grown and learnt, but I'm not sure she did.

This is an incredibly bold debut novel, with a broad scope and a large number of interweaving plots and characters. Ultimately I feel it overreached and struggled to tell its story effectively. There's way too many characters with not enough to distinguish one from the other, by the end I had totally forgotten who was MI5, who was a secret society member, who was an organised criminal. With a stronger edit, both in terms of copyediting and storyline, things may have been different. It's frustrating to give this a low(ish) score, it's clear that inside there's a great book fighting hard to get out, it just couldn't overcome the obstacles placed in its way.