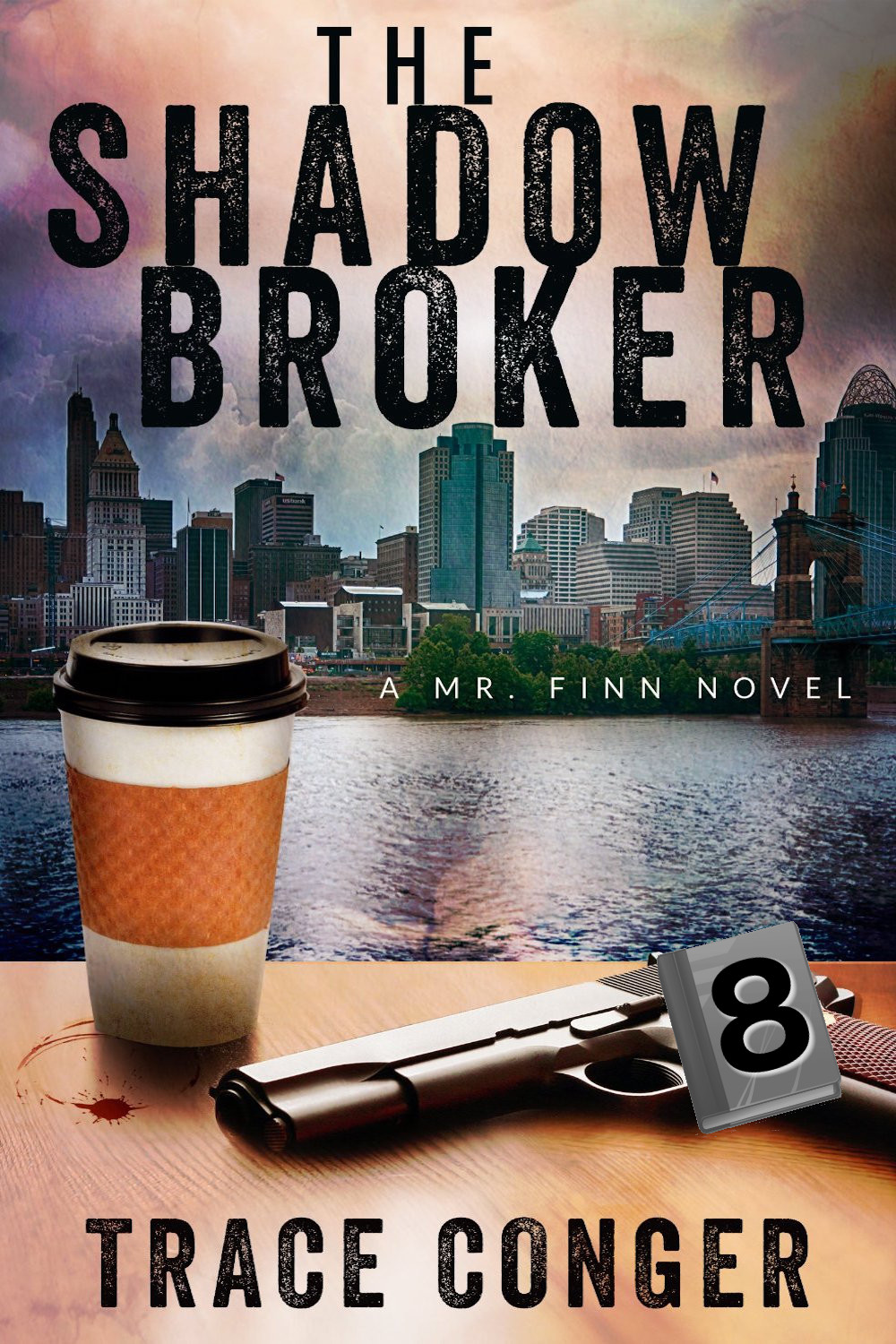 This book tells the story of Finn Harding, a Private Investigator who's recently lost his license, as he takes on work for some less than desirable clients who aren't as concerned about his unlicensed status.  Before long he's in over his head, embroiled in a criminal enterprise spanning across multiple US states.

As the rewards become more lucrative, Finn is willing to take greater risks to get himself out of a financial slump.  Recently separated from his wife, who's now shacked up with a doctor from the hospital she works at, Finn is living in a houseboat on the Ohio river.  His motivations for money are partly to get a place on dry land, partly with a vague hope that he might be able to provide the steady financial foundation that wins his wife back from her fancy man.

The background story of Finn, his daughter Becca and ex-wife Brooke, along with new boyfriend Daryl is extremely well written and explains Finn's motivations for taking on riskier and riskier work for his new employers.  The scenes with little Becca are skilfully told, giving a real sense of the bond between father and daughter.  Equally the awkward scenes with Finn and Daryl are expertly delivered.  You get a real sense of how quickly things can go wrong in a relationship and how complicated it can be when young children are involved.  You're left rooting for Finn, even though he's hardly a clean cut hero in the story, because you want nothing more than for him to be able to see his daughter more, if not patch things up with his ex-wife.

The initial criminal plot centres around the Shadow Brokerage, a financial exchange on the dark web selling illegally obtained information to anyone with the funds to pay for it.  It's a great concept and the inclusion of dark-web browsers, bitcoins etc help give it a sense of realism, think Silk Road meets Wikileaks!  It's slightly unfortunate that after this first third of the book this Shadow Brokerage takes a back seat.  It might have been interesting to see it more centrally involved in the storyline, rather than the feuding crime syndicate.

The espionage action and the criminal activity are well told, meticulous and with plenty of gory detail, as you'd expect in a book of this sort.  It's always reassuring to know the author hasn't shied away from some of the more risqué elements of depicting the criminal underworld.  At times fast and furious, but equally sedate and thoughtful at others, the story has a good flow to it throughout.

The criminal characters, especially those close to Finn are extremely detailed and realistic.  As much thought has gone into a torturing thug as Finn's glamorous ex-wife.  What motivates these individuals to be in the line of work they have chosen is, where appropriate, explored in detail.

I thoroughly enjoyed the book, short chapters helped keep my attention and urge me to read just one more each time I picked it up.  The ending was somewhat fulfilling but left open for the sequel in a way that took the shine off it slightly.  I'd rather Finn hadn't bought his way out of trouble but perhaps done a deal with the FBI to keep the heat off himself.  The money would have gone a long way to helping him achieve his goals and he could have continued in this new line of work out of greed rather than necessity, or when the money dried up.

More than anything I wish the book had centred more closely on the Shadow Brokerage as the title promised.  Nonetheless it's a great read and I look forward to reviewing the next in the series when it is released.