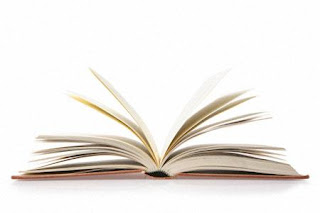 It's time to announce the winner of the MJMeads.com UK Short Story Competition 2017.  This is the second time I've run this competition via my site, but little did I know that this year would turn out to be so poignant, but more on that later.  Firstly let me say that the multitude of variations on the theme were refreshingly diverse.  We had stories about day to day home life, stories about the sanctity and safety of home, plus a bit of devil worship, burglary and kidnapping thrown in for good measure!  Of course such variety made judging the stories all the more difficult as comparing two utterly disparate stories is never an easy task.  Nevertheless we settled on our favourite five from across the genres to make up our shortlist.

When I run this competition I try to be as flexible as possible when it comes to the number of winners, runners up and shortlisted entries.  Nobody wants to be on a ridiculously long shortlist and by the same token nobody wants to be one of a dozen runners up.  This year one story stood out (in the judging panel's humble opinion) from the rest of the shortlist, so much so that it was a clear winner for all of us involved.  In addition to this, the rest of the shortlist was so evenly matched that it became impossible to pick one or two clear runners up, so this year we won't have an official runner up, but all the shortlisted entries should consider themselves proud to have made it onto the list.

Now, back to the winning entry and as I mentioned above, there's a particular poignancy to the story that we've chosen this year.  Apekshita Varshney's entry 'City of Gold' tells the story of a young girl caught up in the aftermath of the train bombings in Bombay, now Mumbai, in 2006.  It demonstrates a wonderful sense of the innocence of childhood and the feeling of invulnerability one has when walking around a big city, in contrast to the reality of modern terrorist atrocities.  The story also highlights the effect such events have on those too young to fully understand them, and the time it takes to make a devastated city feel like home again.

Of course, a week to the day after my posting the shortlist online, the world was rocked by the shocking events in Manchester and Apekshita's story was brought sharply into focus for the whole judging panel.  Indeed the paralleled indiscrimination of such acts, especially where young lives are extinguished, made 'City of Gold' all the more compelling a read.  The story uplifts us by reminding us of the spirit of a community and of "saviours with bloodstained clothes", mirroring the heartwarming tales of unabashed altruism in the aftermath of the Manchester bombing.

I'm sure her fellow shortlisted authors will join me in congratulating Apekshita on her winning entry 'City of Gold', a story worthy of winning any competition, even before it was thrust into the judging panel's consciousness once again as events unfolded in Manchester last week.  Furthermore I hope its positive message will resonate with all those who read it, and I'm delighted to be taking the unusual step of posting it in full on the front page of this site.

Shortlisted entrants may now seek additional feedback if they would like, plus a copy of my debut novel if they're short of something to read on the beach this summer!

Once again thanks to everyone who entered and please stay tuned as I may run another competition early next year and will hopefully be able to attract one or two sponsors with a view to offering more lucrative prizes.

Posted by MJMeads at 02:23
Email ThisBlogThis!Share to TwitterShare to Facebook