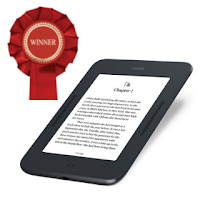 The shortlist was deliberately drawn up to include a variety of genres, writing styles, narrators and characters. Some good stories just missed the shortlist, but we wanted to make sure all tastes on the judging panel were catered for.  In the end this made the judging process more difficult than ever and there was almost universal disagreement on which stories should win! All we could agree on for sure was that we had six very well written and interesting stories to choose from.

In the end we settled on two stories which themselves are extremely different, yet poignant in their own way. So without further ado let me introduce you to the first of two winners in the MJMeads.com Short Story Competition 2018.

This first story is one that is universal and would be well recognised by people of all ages the world over. A story about family, about relationships, about duty and obligation, generational divide and about reconnecting with those who we thought were almost lost to us. It rallies against the overabundance of technology, of social media and how we can sometimes lose sight of what's important in life, real meaningful experiences with the people around us.

More than anything this is a heartwarming tale that resonated with everyone on the judging panel, all of whom could see themselves in at least one character. It's a deceptively simple story that shows confidence in execution of the theme, well structured, clearly defined and achieves what it sets out to do beautifully. Sometimes the simplest ideas really are the best.

The first winner is Paul Warnes - Seeing The Light.

If you can't wait to read it you can scroll down to the bottom of the page now for a link!

Onto our second winner and by far our most contentious choice since we started these competitions. This story split the judging panel down the middle between those who loved it and those who couldn't see why the others loved it so!  In the end the strength of feeling led to a passionate debate and only served to make those of us who loved it dig our heels in and fight for its place in the winner's enclosure.

It's an incredibly accomplished piece of writing, at times extremely challenging, almost demanding a second or third read to really get to grips with some of the more subtle detail. The reader is expected to make some assumptions, to fill in blanks here and there, but that subtlety and at times vagueness is what some of the judges enjoyed most about it.

Appearing to tackle issues like modern slavery, sexual abuse, heavy drug use, with a sideways glance at Stockholm syndrome and the cult of personality, this story goes one further than a mere absence of light and poses light as the enemy.  In doing so it creates an exceptionally interesting narrative laden with oxymoron, juxtaposition and persuasive rhetoric. Our narrator's fragile and malleable mind is captivating to the last even when as readers we cry for some kind of awakening.

I'm sure the other shortlisted authors will join me in congratulating Paul and Olivia on their winning entries.  Once again thanks to everyone who entered and look out for the 2019 competition early next year!

Posted by MJMeads at 02:54
Email ThisBlogThis!Share to TwitterShare to Facebook
Labels: Blog