Evie Mundy - Half Past Nine, Again. 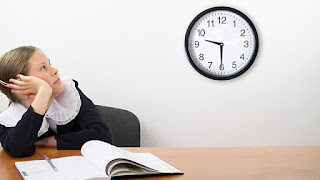 "I DON’T SEE THE POINT OF STUPID HOMEWORK!" shouted Amelia, slamming the kitchen door behind her making the walls vibrate. Thundering up the stairs, she slammed her feet against every step in protest.

Entering her room Amelia angrily threw herself on her bed, pounding her fists into her feather pillow. "What is the point of homework anyway?" she thought to herself "you just have to read a boring book! I'm fed up of HER thinking that she knows what's best for me! Just because the school says that I should read three times a week my mum nags me to! Why would I want to sit and do something hard, she knows that I find it difficult? Mum thinks that practising will make me better at it! I wish she would stop telling me to believe in myself! I wish I didn't have a mum to tell me what to do!"

All of a sudden a beautiful shooting star shot out of the night sky. Amelia followed the path of the star with her bright blue eyes. Surprisingly, it seemed to come to rest in her back garden.

Amelia gasped at the wondrous sight. She raced down the creaky stairs excitedly and snuck out the back door, unnoticed, into the garden. Amelia saw tiny glass-like fragments on the lawn shimmering in the moonlight. She wondered what on Earth it could be, was it ice?

Studying the scene, she bent over onto her hands and knees, tucking her short blonde hair behind her ears. There were hundreds of small pieces of whatever had landed. She picked up a handful of the blunt crystals, feeling cold in Amelia’s warm hands. Having moved some of the pieces of the shattered 'star', she noticed tiny marks on the ground like miniature footprints.

Curiosity got the better of her, what else could she do but find out where they went and what could have made them...

Very slowly and carefully on her hands and knees she followed after the trail. The tiny marks stopped by a pot of yellow daffodils, Amelia was puzzled, was it just her imagination? Then out of the corner of her eye she glimpsed a feint red glow from amongst the flowers.

Amelia couldn't believe her eyes – there was a tiny creature staring right back at her with sad looking eyes. It was like nothing she had ever seen before; camouflaged in the flowers with its green body and yellow head. Feeling sorry that it was all alone and lost, a tear ran down Amelia's soft face. Not wanting to take her eyes off the creature, Amelia did not notice the bright light shining behind her, it flew over her and hovered above the plant pot.

All at once the creature evaporated into thin air as the light zoomed past her face, she began feeling a little dizzy.

Amelia took some deep breaths and put her hands out to steady herself. She closed her eyes and willed herself to be alright. Everything in the garden was wobbling, she did not know what was going on. All she could see was a multi-coloured blur. Amelia felt really unstable, everything was spinning around her. Her arms and legs felt heavy, she couldn't control her body. She sank to the floor like a boat sinking to the bottom of the sea. Then beneath her was something hard pushing into her back, her hands were resting on a shiny flat surface. Amelia blinked her eyes open and the things around her came into focus.

Amelia's blue eyes flicked around - to her surprise she found herself back in her horrible, grey classroom. As she looked around the room it all seemed very familiar.  At the front of the classroom Mrs Harris was talking and writing things on the board. Amelia gazed all around the room, trying to work out what was going on. She spotted the white edged clock above the door, the one she usually gazed at wishing for break time!  "Half past nine, wait a minute that is the exact time on the clock as my first lesson today and on the board it says it is the 10th of November which is the same date as today!" thought Amelia.

Confused, Amelia rubbed her eyes thinking maybe she was dreaming or something, but nothing happened. It was real, but how - a minute ago she was looking at a tiny, green alien in her back garden in the night time... THE ALIEN!!

Something was wriggling in her pocket. Amelia felt a shiver down her spine. 'What was it?' she thought. No, no it can’t be! Amelia cupped her hand over the squirming material. She carefully surrounded the creature with her bony fingers, creating a cage-like shell. Gently, she lifted out the miniature alien.

"How did you do that?" she asked it, but it didn’t say anything, instead just pointed to the front of the classroom for her to listen to what the teacher was saying.

As Amelia's eyes followed the alien's pointing finger towards the front of the room she noticed that it only had three fingers on its tiny hand. She then listened carefully as her teacher, Mrs Harris, explained that the homework for today was to read. Amelia groaned as Mrs Harris explained that she wanted them to read a whole chapter before the next day so that they could talk about it together in class. Amelia's heart sunk as she realized that she had heard all this before. She had no idea how but it seemed that the little alien had brought her back in time to the beginning of that day, unbelievably!

All the same feelings ran through her body as she thought about having to read a WHOLE chapter on her own. Amelia struggled with reading. When she looked at the page all the words seemed to move around and go blurry. Amelia would make any excuse not to read out loud, trying to hide that she was really bad at reading. Amelia also remembered her Mum trying to help but her getting upset and stomping up the stairs. She instantly regretted behaving this way.

When class had finished it was playtime. Amelia secretly snuck the alien back into her warm pocket and headed for the cloakroom. She waited for all the other children to flood into the playground and when she was all alone she opened the top of her pocket allowing the alien to crawl onto her hand.

"Why have you brought me here?" she asked the alien, it only made a tiny squeaky noise, nothing like Amelia had ever heard before. She was still confused and it seemed that the creature could not explain. Amelia thought hard about the reading homework and how much fuss she had made when her Mum had tried to help her.

The alien kept looking at her. All at once a thought popped into her head (almost as though the creature had put it there!)

"So I should have listened to the teacher", mumbled Amelia "is that what you are trying to tell me?"

"I need to tell my mum." said Amelia, the alien shook his head, "what do you mean?" said Amelia. The alien pointed to the teacher through the classroom window. Mrs Harris was talking on the phone. Amelia moved closer to the door, so that she could hear. Mrs Harris was talking to her mum all about her, asking her mum to help Amelia to read that chapter. Mrs Harris explained that she knew Amelia could get much better at reading if she practised and tried to believe in herself a little bit more.

"She knew all along!" cried Amelia, "Why didn’t she tell me that she had spoken to Mrs Harris?!"

Amelia thought about her mum and began to smile as she realised that her mum was just trying to do the best for her. She remembered how her mum had said that practice makes perfect and that she should believe in herself a little more – the exact same words that Mrs Harris had used.

"I need to tell my mum that I understand, I need to apologise to her!" sobbed Amelia. "Please take me home, please!" she begged.

The tiny creature stretched out his hand towards Amelia. She placed her little finger gently onto his green palm, the alien blinked his large purple eyes and the room began to swim before her.  Amelia felt the same heavy feeling as before, her eyes flickered with multi-coloured rainbows as her body trembled. She stretched out her hands to stop herself from falling. Her fingers felt damp, dewy grass beneath her. She could then feel the rough sharp edges of the shattered star. She was back in her garden.

Amelia slowly opened her eyes and saw a white light flickering before her. There on the grass beside her was her tiny new friend. The light darted around its head and the creature watched it expectedly. Amelia scrambled to her feet, not taking her eyes off the alien. Something inside her told her that it was time for him to go. The alien looked at Amelia and she smiled, although she didn’t want it to go. With that, the alien evaporated into thin air as the white light zoomed towards the star. Amelia peered down at the splinters of crystal on the grass, she scooped up a handful placing them carefully into her pocket where the alien had hidden, as she ran towards the house.
Email ThisBlogThis!Share to TwitterShare to Facebook