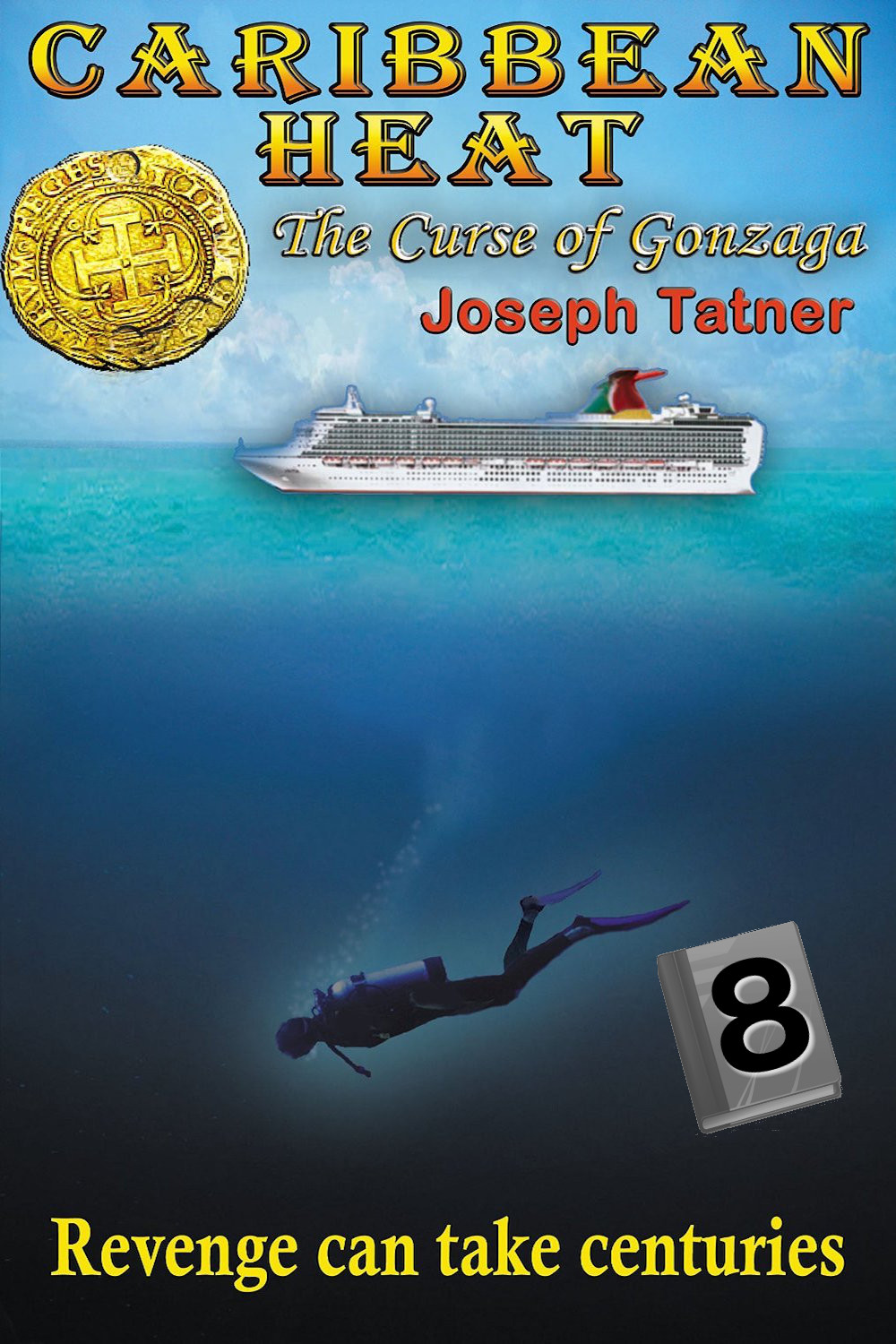 When friends Jack and Ben headed off on a luxurious cruise in the Caribbean they probably didn't expect that the trip would lead to the adventure of a lifetime.  So tells the story of Caribbean Heat, two unlikely friends, a chance discovery of ancient Spanish gold and a return trip to the islands that is anything but a relaxing break.

The story starts at a serene pace, detailing Jack and Ben's cruise experience with Jack's boss and his wife.  The interplay between characters and the dialogue in general helps us to get to know Jack and Ben and the delicate balance of their relationship.  It's quite a charming story early on, with the intrigue of their lucky diving find soon revealed to whet your appetite for the second half of the book.

Soon the action really picks up as the two friends plan a return trip to the islands in order to dredge up more treasure.  Multiple other players are in town, some looking for gold, some protecting their own interests, but none of them friendly to our two protagonists.  There's some great action, a real sense of urgency in the author's writing style which reflects the mood of the characters.

The character of Jack is somewhat stretched beyond his documented abilities in the latter stages of the story, a minor transgression from the otherwise well depicted characterisation.  I don't want this review to contain spoilers but suffice it to say it's a largely satisfying ending, the only downside being the diminished opportunity for more tales of Jack and Ben's adventures.

While not groundbreaking in its genre, Caribbean Heat achieves everything it sets out to and should be commended for that.  Overall it's a riotous romp of a novel, with a serene enough start, but an eventual body count to rival the average Bond movie!