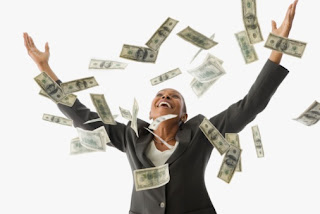 Greed - A rapacious desire and pursuit of material possessions.

In the words of Gordon Gekko – Greed is good. Except that while the stockmarkets are easily manipulated by those with a vested interest in being ludicrously wealthy, the Amazon Top 100 charts are less so, despite what some snake oil salesmen might tell you!

I should point out right away that I don't believe the majority of authors to be writing in order to make a profit. In fact self-publishing on e-readers and cheap paperback services have allowed many more people to publish with scant regard for financial reward. Of course everyone should do whatever they can to make money from their work once they've finished it, and there's no harm in making the first few chapters engaging and get to the point quickly.

But greed can rear its ugly head in the very planning and execution stage of writing your novel, but I really don't think it should. Don't choose to write novels about vampires because they're having a renaissance, write about them because you enjoy the mythology or saw Buffy Summers as a role model growing up. Tastes change quickly, so you'll either be rushing out a half-assed book to meet the trend, or you'll be releasing a book that's passé before it hits the virtual shelves.

Similarly you shouldn't write a click-bait book with a horrendously inappropriate title just because it contains the top ten keywords searched for on Google last year. Incidentally I have already trademarked “Banksy contracts Ebola after eating Peppa Pig Burger in Paris.” I dread to think what the cover art for such a title might look like.

It does pay to be mindful of modern purchasing habits, your book's 'Look Inside' sample on Amazon or Goodreads should do enough to tempt people in with just a few short chapters. You should certainly engage with fans of the genre as early as possible and build up a buzz about your upcoming release. Once you've done so I wouldn't recommend pricing yourself out of the market though. Thinking you're at least as good if not better than Stephen King and therefore pricing your eBook at $10 is probably a sure sign that greed is taking over your decision making.

Very few self-published authors make any money, I'm living testament to that (£20 and counting), but if your book reeks of money making techniques over and above engaging story-telling, it will be pretty obvious to the audience and they're less likely to dip their hands in their pockets. Nobody likes being sold to, we like to discover something and then invest in it. Discoverability will win out in a store bursting at the seams with titles.


So don't be greedy, don't browse the yacht catalogues on the day of your book's release. Just write the best book you can and make it as easy as possible for people to find.