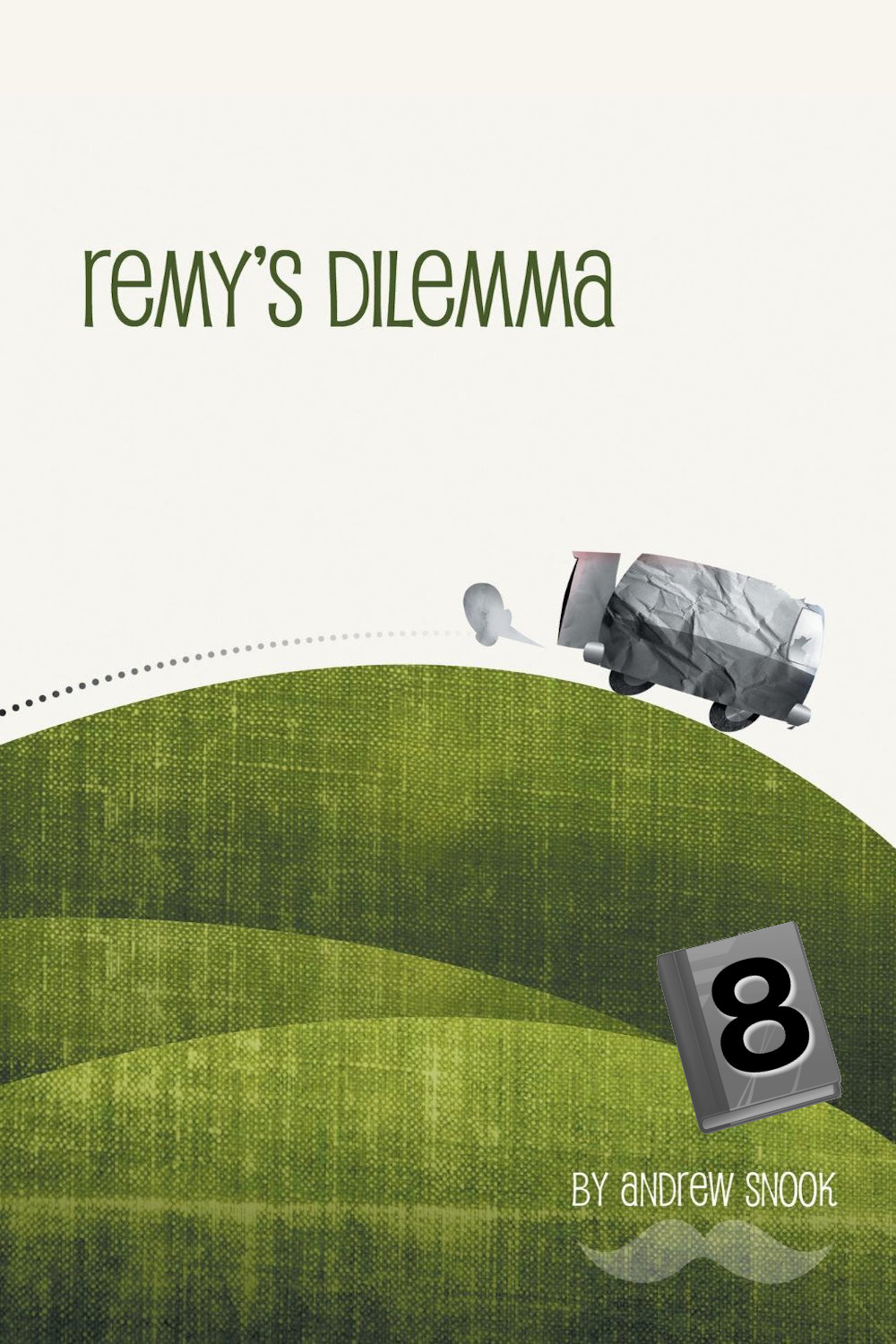 What to do when you're given advanced notice of the end of the world? That, in a nutshell, is Remy's Dilemma.  This rip-roaring riot of a novella tells the tale of Remy Delemme, a wandering soul, confused by a world which is equally confused by him.  After receiving what he believes to be a premonition concerning the end of the world, he sets off on a journey to check everything off his childhood self's bucket list.

The narrative splits between Remy's 'adventures' and those chasing after him, a top Toronto police profiler and an FBI agent or two.  What makes this book truly delightful is the way Remy seems to have little or no idea what he's doing.  A path of destruction is left behind him but his intentions are rarely nefarious.  He simply plods along his course, figuring any collateral damage isn't a big deal, what with the world coming to an end.

The way the police and FBI struggle to understand his modus operandi or motive is a clever plot device, since you can't profile someone as free spirited as Remy!  He frequently gets one over on the cops without even realising it.  Remy manages to stay one step ahead of his pursuers right until the last moments of the story, though when they finally catch up with him he mistakes them for the pizza boy and associates.

The writing here is extremely clever, full of jokes, obvious and otherwise, sometimes set up across a whole scene or even chapter.  The reader can't help rooting for Remy, despite those caught up his unfortunate trail of destruction, so it's always amusing to see how he'll get out of each sticky situation.  Often his naïve charm is enough, but sometimes it takes a little luck too.

Having Remy's to-do list illustrated and updated throughout the book is a nice touch and definitely adds to the overall experience as sometimes it's not obvious what activities will count towards his sometimes ambiguous list.  The whole tale is deliberately farcical, in fact it's almost a dictionary definition of a farce.  Nothing Remy does particularly matters, nor is it obvious how it will save the universe, if in fact that is his intention.

It's a wild ride nonetheless and a perfect example of how the journey is more important than the destination.  I wish it were longer as I feel the story warrants expansion in places, especially as events prior to the story start are a little confusing when one reads about them later.

Rarely do I laugh out loud when reading, but I was guilty of it once or twice with Remy's Dilemma.  My only dilemma is what score to award a book I enjoyed but wished was longer!