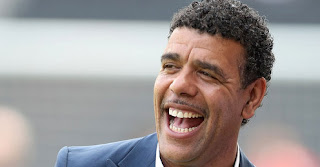 Learn how to make the unbelievable, believable.  Believe me, your readers will thank you.

Ok so this isn't about footballer-turned-pundit Chris 'Kammy' Kamara, but about making the unbelievable believable. It's one of the most important facets of a novel, how to create conflict, tension, drama, but without incredulity.

I've read a few books recently that have struggled to make me believe, either in the characters or in specific events in the story. I thought I'd write a little piece on just that topic. Every writer will struggle with believability at some point, but hopefully this will help you spot the signs and do everything you can to correct it.

Firstly you need to ask yourself repeatedly throughout the writing process, is this believable? And I mean repeatedly, not just with the individual events, but the whole premise of the novel. Just saying so doesn't make something true, you can't just expect the reader to take a huge leap of faith. Provide some evidence for the course of action or event, explain why something ordinarily unbelievable should be believed.

I wouldn't expect a normal person to steal, maim or kill, but if I'm told their life is in danger if they don't, it will help me to believe. But the stronger the action, the more evidence you'll have to provide, if they take matters into their own hands, what stopped them going to the police?

Secondly if you find yourself writing an incredibly convoluted and contrived scenario to back up an event or development then maybe you've taken it too far. If a car has to flip 37 times in precisely the correct way to kill all three passengers but not the driver, I'm unlikely to believe it would have happened. If your nerdy scientist is also a black belt in karate and an expert rock climber, I'm going to struggle to accept him as a character. Better to make him fuelled with adrenaline, blinded by rage and a lucky shot if he's going to get out of whatever situation you've thrown at him.

The beauty about creative writing is that you can construct the perfect scenario that allows the reader to believe the extraordinary events taking place within. You won't always hit the right answer first time though, so be prepared when letting people read drafts to change the back stories or preceding events slightly.

If you can't justify your character's actions, if you wouldn't make that move yourself in the same scenario, then it's safe to assume most of your reader's will also be left rolling their eyes in disbelief.

So be on guard, keep asking yourself the questions, put yourself in the character's shoes. Make the unbelievable, believable.