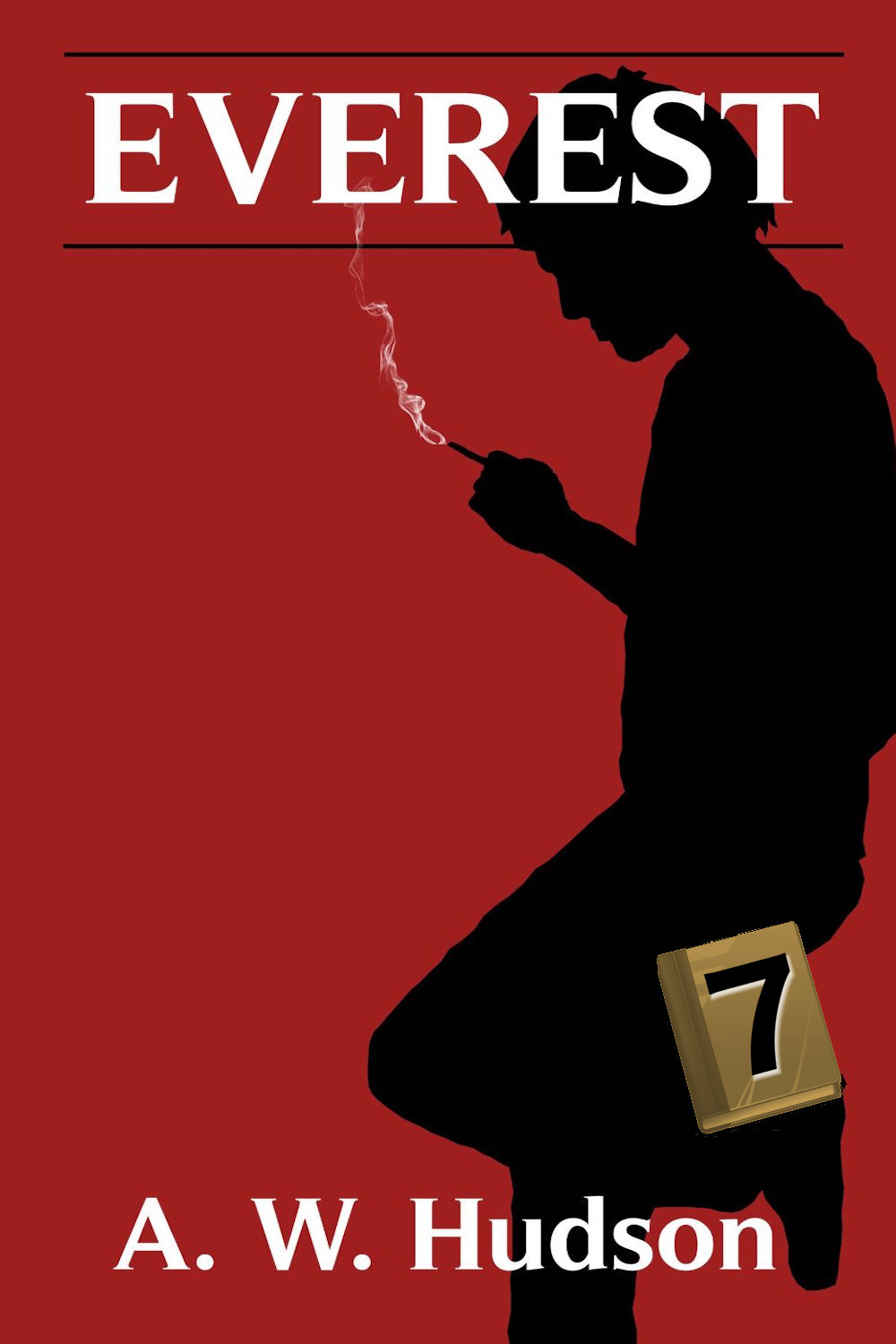 Everest is the coming of age story of David Malek, a boarder at the prestigious Aston Hall School, as he experiences a weekend that will forever alter his life. The book takes a sideways glance at peer pressure over losing one's virginity, the isolation of youth, socialising and the transience of relationships at a young age.

It starts off promisingly, with realistic tales of life at a boarding school, the hierarchical nature of juniors, seniors and staff etc. Soon the focus shifts very much to the opposite sex, as the boys in the boarding school are subconsciously separated into those who have and those who haven't lost their virginity. Our protagonist David receives a telephone call from a girl at another boarding school in the area, asking him on a date.

The writing on the subject of teenage dating, the group dynamic of meeting a girl with her friends, first kisses and heavy petting etc is insightful, accurate and faintly nostalgic. The internal battle of his own conscience, between losing his 'v' plates and lying to a girl about the strength of his feelings about her, is well told and thought provoking.

Similarly the portrayal of the girls is tasteful and well defined, the pressures they too feel at this age and again the group dynamics between friends and even sisters is explored. It's pleasing to see the author not shy away from tricky subjects, as although there's nothing explicit, there is a scene with a girl a few years younger than David trying to seduce him.  It makes a valid point, however, about sibling rivalry and how younger siblings often accelerate their own sexual awakening.

Towards the end things unravel slightly for me, as the focus shifts again, firstly to a prostitute named Everest, in a scene which whilst commendable on the whole is a little cliché. Drawing parallels between David's life and hers in a way that is a little trite. Not every young prostitute needs saving and it's unlikely a crying young punter is going to make Everest think twice about her career. This chapter would have been better served by David considering these things rather than the narrator telling us.

I won't spoil the big reveal at the end of the book, although I will say I thought it could have been better disguised, perhaps by glossing over the initial action more to throw readers off the scent. The novel ends on a cathartic revelation scene from David's former best friend Andy. It's a complete divergence from the rest of the novel and whilst a subject that may be interesting to a writer it's nothing more than a footnote in a tale that's otherwise predominantly about girls and parties. It would have been far better had this thread of the story been intertwined throughout rather than dumped at the end as a bit of an afterthought.

There's still a lot to like about this book, particularly the first half which is briskly paced. The scenes concerned with meeting girls and the pressures of sex are by far the best told. There's a little too much smoking, drinking and doing drugs for my liking, it all feels a bit passé and doesn't really contribute to the dynamics of the character's actions. The author seems to revel in David's smoking, seeing fit even to include it on the cover. I was just left feeling sorry for all the girls who have to kiss this walking mix of nicotine, alcohol and vomit.  But hey, that's teenage love I guess.

Posted by MJMeads at 08:00
Email ThisBlogThis!Share to TwitterShare to Facebook
Labels: Coming Of Age, Review