Review - So... This Is Awkward - Timothy Tuttlesmith 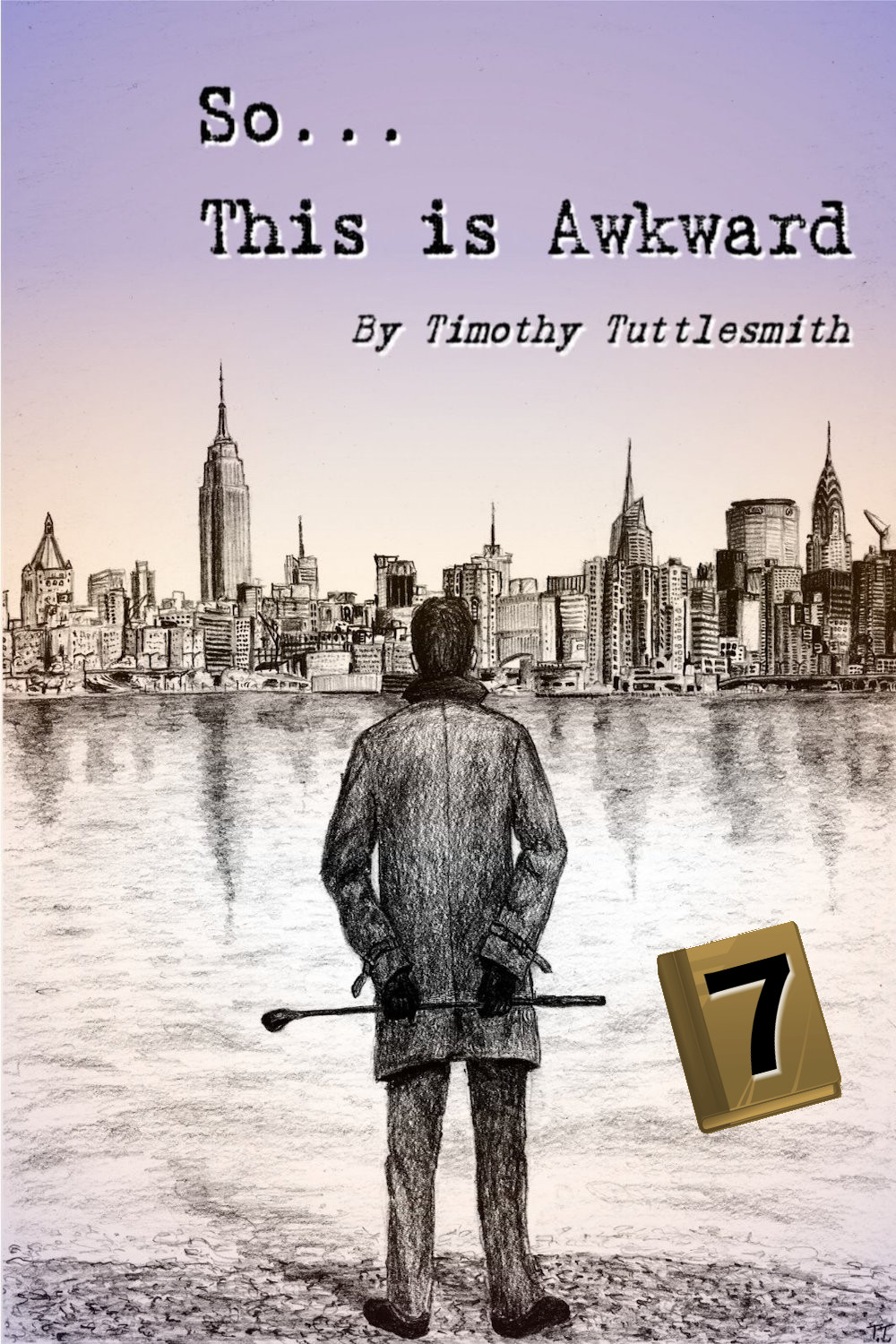 The book is at once a tale of self-discovery, of sexual enlightenment, of the wonders and pitfalls of online dating and of the process of acclimatising to new surroundings on the other side of the globe. An Oxford PhD graduate with a scientific research job, Timmy (for that is the name we've been given) is a bright and engaging storyteller, who considers himself a feminist and a liberal, with a typically British sense of wit and charm. These tools are often his greatest weapon and his greatest weakness.

There's plenty of graphic descriptions of a variety of sex acts, so obviously this book isn't for those for whom that would be a problem, but there's nothing truly shocking or worth alerting the authorities about! There's also a good deal of travelogue-esque passages about New York City, which are both well written and well-informed. In fact a Englishman in New York would do well to read a copy of this book, skipping the sex scenes as appropriate!

In between depictions of sexual encounters there are also chapters studying various elements of dating and sex.  From morality and ethics, to the human trait of labelling and pigeon holing people, and the indefinable qualities of love. Strangely these passages feel a little out of place and might have been better given a pseudo-contextualisation, 'I lay back on the bed after she left and thought about... (topic A). Also once the scientist and scholar comes out I find myself naturally pointing out flaws in his logic, wishing he'd expand on certain areas, decrying his omittance of certain lines of analysis I feel are important.

As much as I enjoyed vast swathes of the book, most of which I found strangely familiar as an over-analyser of my own decision making on matters of love and lust, I felt a little let down by the conclusion. It's not that I'm averse to open endings, I've written extensively on the matter, but I think some attempt could have been made to let the course of events tell a specific story, make a specific point or provide a more satisfying conclusion. Even a clear indication of coming full circle would have been more identifiable as an ending. Instead, as with so many of Timmy's relationships it just sort of peters out!

The author does a good job of highlighting the difficulty of operating in the oversaturated market of New York singles, remembering names of and salient information about women who are just individuals in a long line of potential matches. There seems to be a distinct lack of realisation, however, that the converse is true and that all his dates are likely meeting lots of available men. Whilst not boastful in language or tone about his conquests, I can't imagine many women would find reading this book particularly enjoyable, as it rarely acknowledges the existence of their own set of desires, or physical and emotional needs.

Taken solely as an essay on the phenomenon of online dating, the relative ease of finding purely sexual relationships and the nuanced differences between the UK and US social scene, the books is a success. Often witty, beautifully written at times, although the author can better explain the aesthetics of architecture than the female form, the book is eventually let down by a lack of direction, or purpose or a clear justification for its own existence.