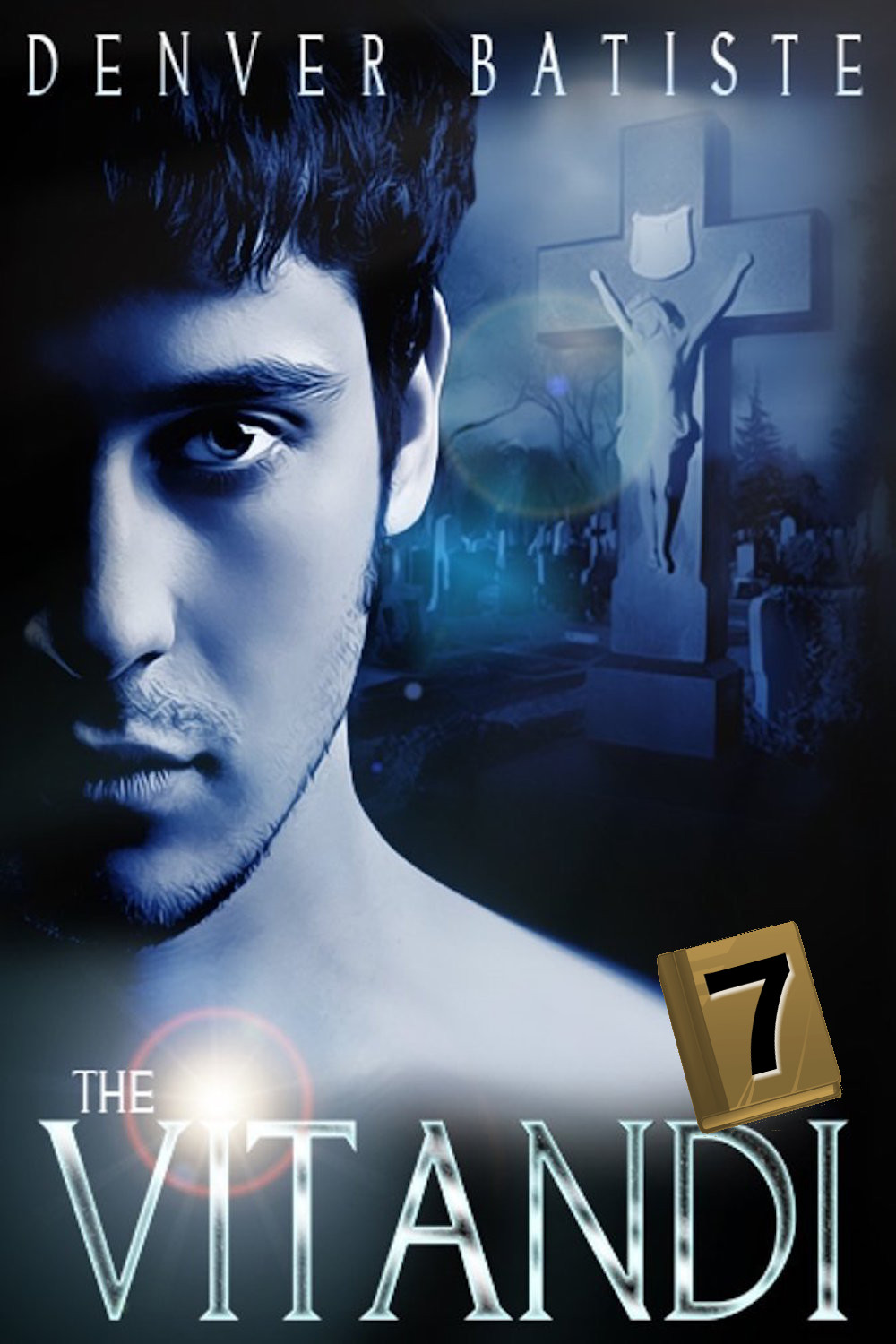 There are some really interesting ideas in this book and the plot gets to them pretty quickly, which is a bonus. Essentially The Vitandi tells an alternative view of the vampire mythology and biblical scripture, that the 12 apostles were tainted by drinking the blood of christ and became the 12 original vampires that all others were created from, think of it as the 12 ruling houses of vampires.

The story is told primarily from the point of view of Kellan, son of Simon, a vampire and direct descendent of Adam, of garden of eden fame. These chapters are initially interspersed with those of Nicole, a young woman who is unaware she is a direct descendent of Mary, of Mary and Joseph fame. Kellan is also an emo, I'm throwing that in there as it may affect your wanting to read this book. It would be fine if the emo look was chosen solely as a disguise which best suited a vampire, but he behaves in a broody, disaffected youth kind of way throughout.

The character of Nicole isn't as well thought out as the apostles, she's a bit one dimensional in places and her career seems to consist of turning up to schools to do anything but actually teach. At first the interactions between Kellan, who is destined to impregnate her, and Nicole herself are quite interesting, but the worry with all novels in this genre is how to handle the human meets monster-form scene.  Sadly when Nicole and the real Kellan meet for the first time it's too late for a clever exposition scene as she's already been happily chatting away to a hell demon for an hour.

I really enjoyed the first half of this book but for me it all went downhill from the birth scene onwards. It's hard to suspend disbelief when Nicole's midwife is bloke whose nose has fallen off and has fluid leaking from his eyes. Obviously she's in incredible pain and keen to deliver the baby successfully but I think she'd find it hard to put the whole demon midwife thing aside!

The culmination of the book sees a grand battle between vampires and demons, although it's not told with enough skill to really get across the majesty of such a battle. I think it would have been tough to do when we're all used to seeing giant CGI battles in movies, so maybe a less grand but more accurately depicted battle would have worked better.

The final scenes are a little strange, as they suddenly jump to extremely religious overtones, but in a way that I don't suppose either Christians would find appetising, nor vampire story fans. It feels like it's trying to wrap up not just this book but the new testament at the same time, no easy task! That said I found the slight cliff-hanger of an ending to be superb, really makes me want to read the next instalment.

There's a lot to admire with this book, certainly in the first half and the ideas are genuinely worth exploration. The twists at the end are quite satisfying and make me eager for more from this author.