Review - A Devil Of A Time - Gretchen Jeannette 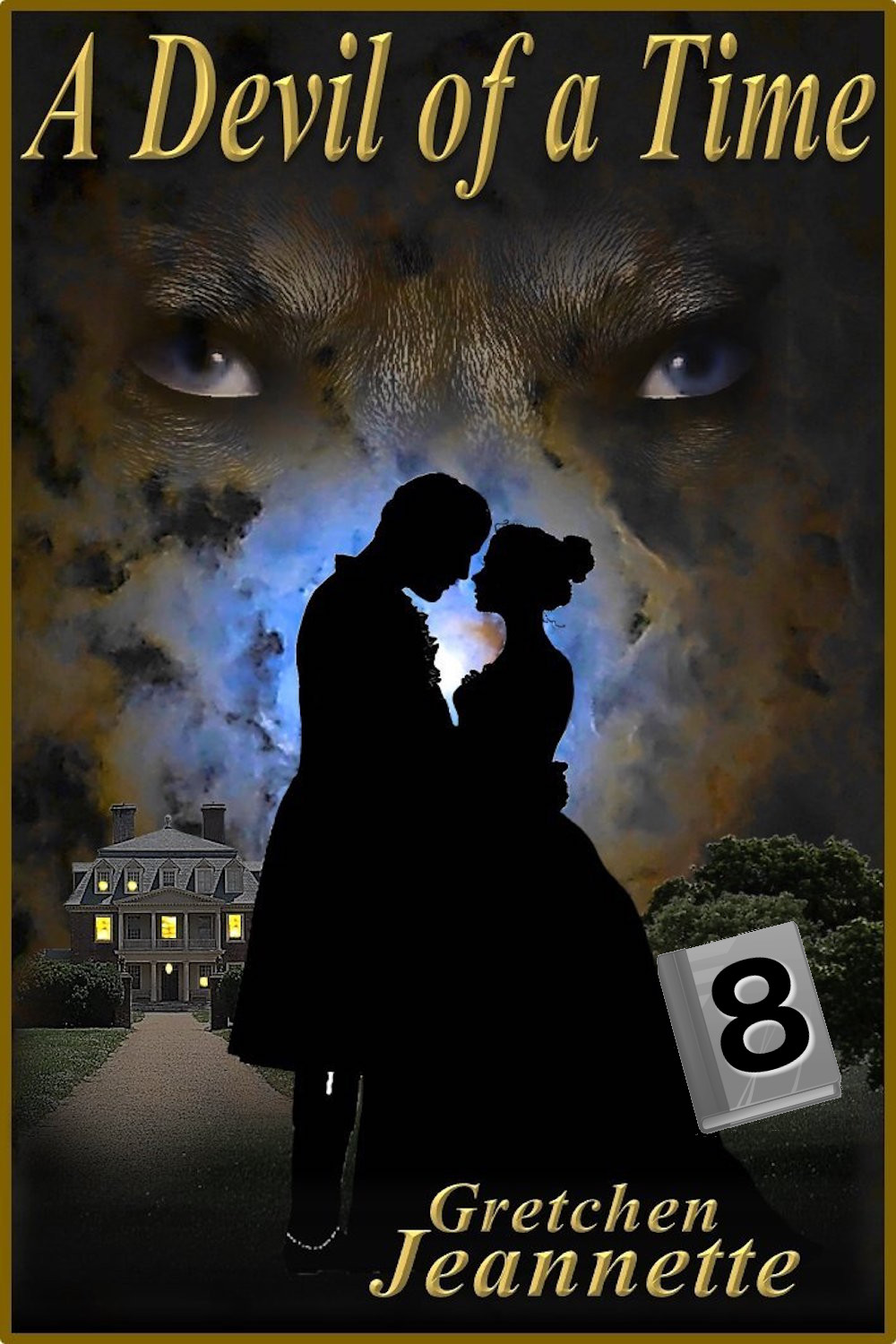 Before I dive into a full review of this book, in the interests of full disclosure I should like to state for the record that I am not a huge fan of the historical fiction genre. It's a personal thing, I often find it a little self-indulgent, as though the author derives a little too much pleasure from describing in detail the clothing, weapons, customs of the day etc.. As such I might not be the most forgiving reader of a book like this, but I have done my best to appraise it from an unbiased standpoint.

A Devil of a Time tells the story of Clarice Wade, the spirited wife of a tobacco plantation owner and her burgeoning relationship with Captain Niall McLane, dismissed from the army for losing his composure on the battlefield. Clarice is a likeable character, strong-willed, fiercely devoted, the typical heroine of these types of novels, albeit often a little too rebellious for the time period. Having to deal with personal tragedy as well as her drunkard of a husband, she single-handedly oversees the rebuilding of the plantation after a invasion by British soldiers.

There's plenty of action and the story moves swiftly and enjoyably throughout. Characters are well defined and their motivations detailed, all struggling as they are with their own personal demons. It's hard to know at times where the story is going, part romance, part crime thriller, part social commentary, but rarely at the same time, in fact the murderous elements don't start until around halfway through the story, at which point it feels a little like a different novel altogether.

There are some great scenes to be found in the book, from the opening attack on the plantation to the skilfully told court scene towards the end. The author has a great sense of building tension, of gathering pace where necessary, at times slowing it to let the reader catch a breath.

A few times I found myself a little put off by the incessantly virtuous nature of the lead characters. It's too tempting to write plantation owners who are sympathetic to their slaves, for fear of offending a modern audience, or perhaps extol the virtues of your central characters, but it's somewhat unrealistic. Of course some white plantation owners were kind to their black slaves but they are in the minority in history, yet in the majority in historical fiction.

The vast majority of the book is more than suitable for a mixed gender audience, but it ventures into chick-lit territory a little more than it perhaps might. A passage detailing how Clarice and her husband first met and fell in love is mirrored in her feelings for her new beau, to the point where the description of her feelings as 'new' seems ironic. Whilst I don't begrudge her escaping an unhappy relationship I found this arc of the story a little trite and unknowing.

I also struggled at times with the character of Roger Stark, who becomes increasingly integral to the plot. His actions become more bizarre and harder to justify as the story progresses, friends become enemies all to quickly in a way that undoes so much of the hard work in character development. The possibility that the devil resides in him only furthers that disappointment, whilst that might be the view of the local populace it shouldn't really enter the narration or Roger's own thoughts.

A Devil of a Time is still a real page turner and a thoroughly enjoyable read. For my tastes it falls down in a few areas but I have no doubt that for female fans of historical-fiction this would be like ambrosia. The score I've awarded it reflects a balance between my personal predilection and how I imagine others would view it. An incredibly successful book that more than achieves what it sets out to.